Regardless of your moves size or distance, My Town Movers has you covered. When it comes to Byhalia, MS moving companies, we know what it takes for a successful move and each step of our moving process is designed with you in mind. 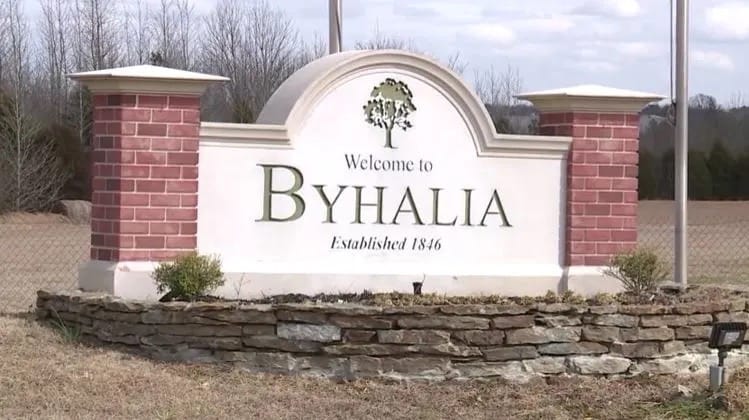 Byhalia is a special small town. If you are planning a move here, My Town Movers would be honored to partner with you to make your move as smooth as possible. My Town has professional and experienced movers in Byhalia, ready to serve you on your move of any size. No move is too big or too small!

Whether you are moving locally or long distance, we will take care of your move from start to finish. We also offer packing services and moving boxes. If you don’t need transportation of your belongings, our labor only services might be just what you are looking for. We also can handle apartment and senior moves. If you would like to hear more about how My Town can help, please reach out to request a quote today.

Our Moving Services in Byhalia, MS

My Town Movers has two decades of experience. If you’re looking for reliable, trustworthy movers, request a quote today to get your moving process off to a solid start.

Get A Free Quote for Your Byhalia, MS Move

Our 4-step plan walks you through the moving process from start to finish to get you well on your way to getting your life back to normal. My Town Movers is ready to walk alongside you throughout your move.
Request A Quote

Byhalia was first occupied by the Chickasaw Native Americans. Later, in 1938, the city of Byhalia was founded. It got its name from a creek that the Native Americans called “Daiyiilah”, which means “White Oak”. The English spelling of that creek is Bihalee, and that is how the city became “Byhalia.” This small town was slow to grow due to neighboring cities growing faster because of the railroad. Byhalia has remained a small town to this day. The city has a rich history with some of the buildings in its quaint downtown area dating as far back as 1884. Unfortunately, a fire in 1970 damaged much of downtown.

The Story of Byhalia, MS

About the Byhalia, MS area

Part of the Marshall County School District, Byhalia has one elementary school, one middle school and one high school. The city is served by the Byhalia Library. Two parks that you should be sure to check out are the Fairview Community Park and Byhalia Creek Farms. The town’s downtown is also a staple part of the small community.

Finally, get moving and have peace of mind.
We are the Memphis areas favorite local and long-distance moving company for residential moves, apartment moves, senior assisted living moves, and commercial office moves.